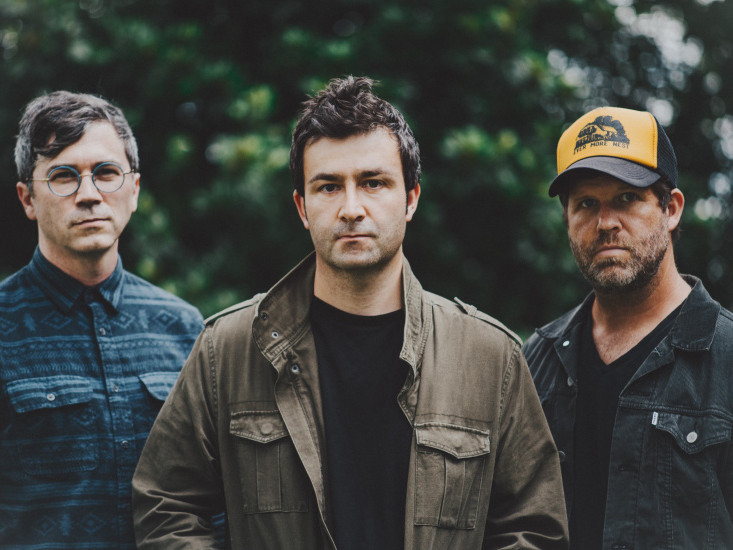 Don't miss our October session Live at The Old Stables!

The Orphan Brigade was formed in 2013 by three musicians out of Nashville who were playing on each other’s albums after they toyed with the idea of making music together in a haunted house in Kentucky. That led to them writing and recording a record in that very house, ‘Soundtrack To A Ghost Story’.  The three members are Ben Glover, Neilson Hubbard, and Joshua Brit who have an obviously natural chemistry between themselves as musicians and songwriters.

Their wonderful flavour of Americana tugs at the heartstrings, is often uplifting, with gorgeous melodies, great vocals and playing, brilliant arrangements and atmospheres that flow between deep, dark and spooky, as well as eerie and haunting.   The wonderful stories told are backed by tremendous arrangements, evocative vocals and the stunning beauty of the music.

This show is part of a national tour, launching their new album, "To the Edge of the World".  Having previously tapped into the gothic madness of a haunted house in southern Kentucky and the mystical heart of the Templar caves underneath Osimo, Italy, the Orphan Brigade have returned to Glover's Irish homeland for their latest collaborative exploration of the spirit and history, fact and fiction that make up a place. They found it in the stories of lost loves and tested faith that make up the legends of the Glenarm Forest, Madman's Window, the Sea of Moyle, Kinbane Castle, Slemish Mountain, and more. In keeping with their previous album exploits, the trio grabbed their gear and spent a week writing the songs on various coastal locations, cliff edges, castle ruins and even at sea aboard a fishing boat. What they wrote in the wild, they recorded in St. Patrick’s Church of Ireland in Glenarm, a site of worship since a Franciscan friary was established there in 1465. With a handful of masterful Irish musicians joining the ever evolving creative fray, the Orphan Brigade have returned with a doggedly untamed, yet deeply compassionate testament to County Antrim in this stirring piece of work.

Support for the evening is provided by the astounding Phil King. Phil King has performed all over the UK, at festivals and fayres, in pubs, clubs and bars, on bandstands and boats, and once in a beautiful treehouse. He performs regularly in Paris and has also played in Zurich, Barcelona, Berlin, Copenhagen, New York and Weston-Super-Mare. Phil has had his music played on many local radio stations and also by Bob Harris, Steve Lamacq and Alex Lester on BBC Radio.  This will be a performoance to remember....