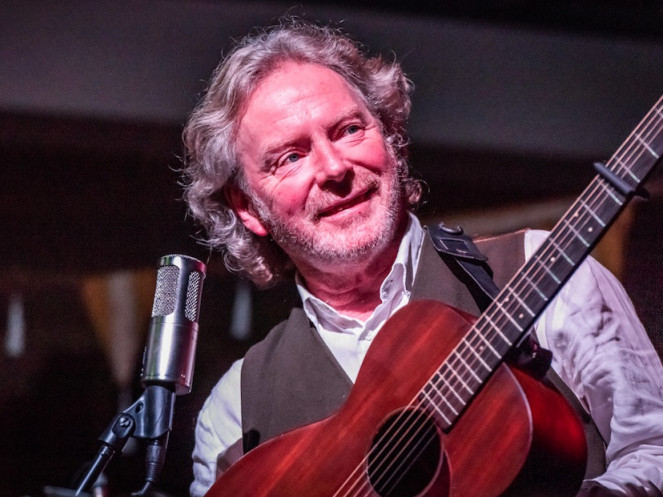 Don't miss this next fantastic session, Live at The Old Stables!

Award winning Reg Meuross was introduced onto the stage of the Albert Hall by Mike Harding as “one of this country’s finest singer songwriters”. He is a true modern troubadour, representing contemporary English folk writing at it’s best. He captivates audiences with his beautiful tenor voice, winning Best Male Vocalist 2013 Fatea, FolkWords Best Album 2014 for England Green & England Grey, Fatea’s best song of 2018 for Faraway People, and Folking.com’s soloist of the year 2019..

Whether it’s a village hall or the Albert Hall, Reg brings to the stage a collection of extremely beautiful songs, performed with humour and depth, and sung with the voice of an angel. Reg has that rare gift of being able to touch people, through his songs and performance, on a really human level. His words and music paint pictures that remain with the listener long after the song has been sung.

‘Intelligent and thought-provoking songs, beautifully made and skilfully delivered’  - The Times

Support to be announced.